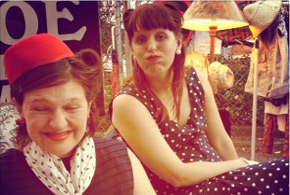 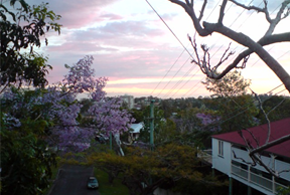 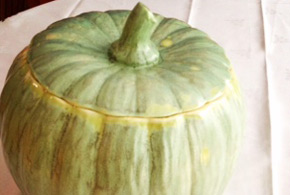 This month's acts yet to be annouced - coming soon!

Presents on the Music 440 STAGE 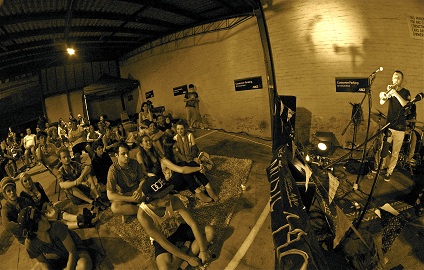 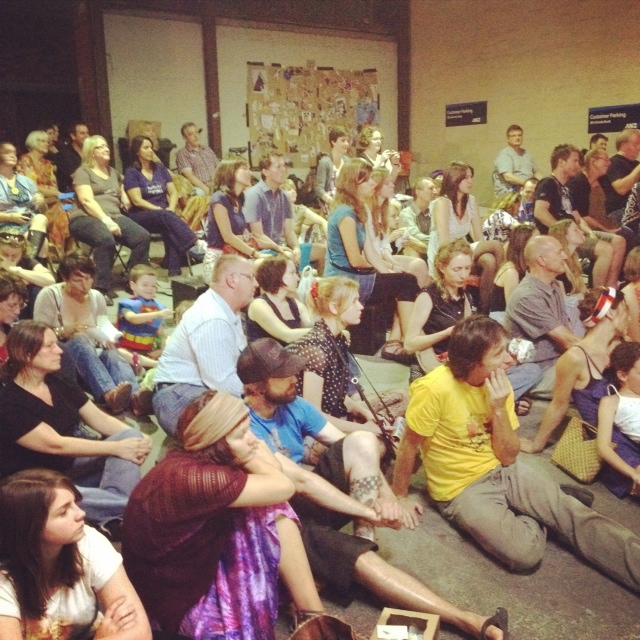 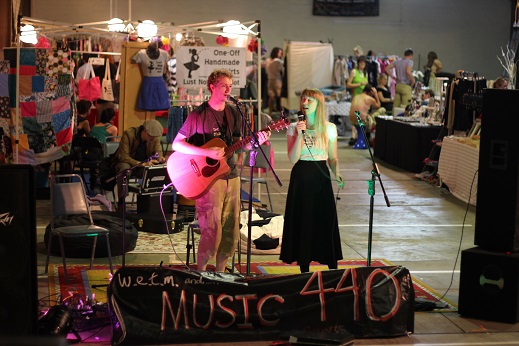 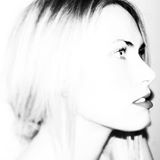 Growing up in a mining town in Western Australia had its musical limitations, but was an excellent setting for a childhood spent passively listening to Eric Clapton, The Police , Archie Roach and other legends the adults in Hailey‚Äôs life were into. These early years laid the foundation for Hailey to undertake a music diploma and begin peforming her own works at Brisbane singer/songwriter venues  such as The Basement, The Loft, Glass and The Globe Theatre, and with that the demand grew for a CD people could buy at shows. ‚ÄúBefore the After‚Äù, a monster 8 track E.P was created, and was an overnight hit with fans. The E.P has gone into second print and is now available on iTunes.

Brendan Leggatt, the Toowoomba born and bred blues and roots musician is happy to announce the release of his debut CD 'The Traveller' mid year 2012.

Now Brisbane based, he has performed live at hundreds of shows since his high school days and has gained "money can't buy" experience playing in bars overseas including Memphis, New Orleans and Dublin where he jammed with an Irish bagpipe player thrilling tourists and locals alike, which inspired the Irish/rock instrumental "Wicklow Intro" (track 10 on the album).

Over twenty years of songwriting has also been recognised with songs in the finals of the A.S.A. national songwriting competition and instrumentals used on T.V. programmes intros and credits. Versatile and well travelled, Brendan has performed at intimate solo shows through to major festivals solo and with full band, Father's Day Concerts, Blues weekend Showcases, Refugee Fundraisers, Markets, Royal Shows and will feature at WETM this May 25. 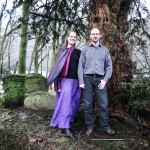 Wright & McKay Cap off probably WETM's best ever line up of musicians! Rebecca Wright and Donald McKay‚Äôs music has been likened to that of a good Scotch whisky: delightfully smooth, full of character and highly addictive. With voices that can instantly transport you to another place and time, Donald‚Äôs traditional and original songs from his native Scotland are beautifully complemented by Rebecca‚Äôs insightful Australian originals and thoughtful selection of contemporary gems. Accompanied by requinto, cello, acoustic guitar and bodhran, their shows promise something out of the ordinary and bring you back to the heart of folk. Together they recently released their first album ‚Äì ‚ÄúJoys that never weary‚Äù ‚Äì a collection of ten songs recorded live in Glasgow at Kyoti Studio by Mark Freegard (Eddi Reader, Boo Hewerdine, Del Amitri).

Rebecca is possibly most well-known on the Australian folk circuit for her gracefully grounded solo performances and inspired songwriting. Since bursting onto the Brisbane folk scene at just age 16, she has played at countless festivals and folk clubs, including the world-renowned Woodford, National and Port Fairy Festivals. In 2008 she left Australia‚Äôs shores for the first time, initially embarking on a four month tour as guest cello-singer with the well-loved Aussie duo, Cloudstreet. It was on this tour that she met Donald, and consequently found herself living in Scotland for the next 3 years, where she was immersed in traditional Scottish music and culture. During this time, she also spent an eventful seven months touring Europe as cello-singer with the seven-piece folk rock outfit, The Wishing Well.

Born and bred in the lowland hills west of Glasgow, Donald has been singing traditional Scots songs for as long as he can remember. An active participant in his local (Houston) folk club since the age of 17, he has spent the last two decades honing his skills as a singer, guitarist and bodhran player. He has played in sessions all over the UK and beyond where he is always a welcome addition due to his vast repertoire and sheer love of the Scots song.

Since joining their songs and lives together, Rebecca and Donald have played at a number of folk clubs in Scotland, including The Wee Folk Club (Edinburgh), Falkirk, Houston and the Star Folk Club (Glasgow). They have also performed on the ‚ÄòDanny Kyle Open Stage‚Äô at Glasgow‚Äôs high profile Celtic Connections festival and have been invited four years running to play in the historic Rothesay Castle on the Isle of Bute for the Friends of the Rothesay Castle‚Äôs annual St Andrew‚Äôs Dinner.

What a treat - come and see them for yourself!

In Lou's own words: "I live and breathe music, I love listening to it, writing it, performing it, learning it, and feeling it. My originals are simple acoustic melodies inspired by life - the good and lots of the bad". Come along to the Twilight Markets this Saturday and enjoy an inspiring performance from Lou Winter. More info at Lou Winter Facebook.

Kate Bergman is an upcoming Australian singer songwriter, who is in the process of recording an original album which is hoped to be released at the end of 2012. Kate's honest songs and sweet voice has captured the hearts of her listeners. You can check out Kate's music for yourself at: https://soundcloud.com/kate-bergman

Come ready for some beautiful spanish singing and a programme of soulful romantic violin to join. Having performed at the Woodford Folk Festival, and other culturally important events, WETM is proud to host Candor Quebrao, as they play music heralding from the Spain and Latin America comprising Bolero, Habanera and Tango. These melodies will whisk you away on the everpresent journey of love and loss and happiness. 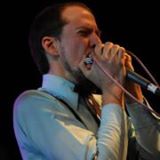 station) was released to a waiting audience, charting in top 5 blues/roots songs on community radio across Australia and triumphant gigs at Blues on Broadbeach and the Queensland Festival of Blues. 2012 will see Jimi writing and recording a full-length album.
Jimi‚Äôs original songs draw upon the old school rhythms that gave the blues their good time dancibility. After all the blues is the roots. And yet the songs remain relevant, contemporary and irresistible to live audiences when Jimi delivers them in his inimitable charismatic way.

‚ÄúJimi Beavis delivers a raw, sweaty set that some find sexy, some find magnetic, and which no-one forgets in a hurry‚Äù - blues promoter, Paul Robinson, Queensland Festival of Blues.

CACHA√áA GROOVE is a multicultural collective of musicians from Brazil, Australia & France.
The band songs explore the Brazilian Beats with a mix of blues riffs, latin harmonies & jazzy lines.
CACHA√áA GROOVE is a Big Jam Band conduced by the unquiet minds.

"Devil‚Äôs Kiosk conjures up images of temptation and hedonism, Blues music deep from the soul that drives us and fuels our emotions."

Over 2012 the band has evolved and developed a much greater dynamic, emotionally charged, fused with tension and deeply steeped in the blues. With rave performances at Blues on Broadbeach, Bellingen Jazz and Blues Fest and the Sydney Blues & Roots Festival, Devil‚Äôs Kiosk is rapidly morphing into one of Australia‚Äôs top blues acts.

Realistically, is there any better way to start your year in West End, than seeing world famous Gustav strutting there stuff on stage. Better still no lyrics to get in the way of listening to just plain good grooving tunes. They boast a "Ska / Reggae / Funk / Groove" and if you don't want to get up in dance, you might be in trouble. A mix of some standards and new compositions, they will set your senses alight. These guys are a highly experienced group of performers trained at conservatorium, so wear two pairs of socks to this show :)

Ahliya Farebrother delivers ambience, rhythm, inversions, drone, groove, and soaring words. She has been around the traps for a while now, with many impromptute performances at various high profile festivals, including the Friends of Folk Festival in 2011... she is starting to get a spring in her step. WETM is the perfect venue to come and see Ahliya play, if you want to sit back and be taken away. 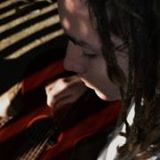 Hailing from Brisbane, Australia, roots musician Will Watson began his musicianship in 2009 on an old classical guitar that had been gathering dust for some years in the corner of his room. Playing for a year under his own mentorship it wasn't until his 16th birthday when an Ibanez acoustic 12 string guitar was gifted to Will from his father that he discovered his passion. Inspiration seemed to roll from his fingers after this, and it was due to this precious guitar that William ventured into the world of alternate tunings and roots music. Not long after this, two new guitars fell into the hands of William, a weissenborn slide-guitar and a Legacy banjo. After spending a few months exploring not only the styles of celtic, folk and blues, with the addition of these instruments, bluegrass entered the scene. Since these instruments have occupied William's guitar rack he has gone on to play a number of shows around Brisbane and south-east Queensland in support of acts such as Emma Dean, Phil Smith and Alan Boyle.

In 2012/13, Will is hitting the studio with producer/engineer Declan Roche to record his first studio release inspired heavily by the Kimberley region, indigineous land rights and buddhist teachings. http://willwatsonofficial.com

We have had Steph before at the markets and it is more than lovely to have her back on the WETM stage. Passionate is a tough word these days, bandied around like a ping pong ball, but not so in the case of Stephanie Pickett, whose genuine persona polishes off her unique style. Her imaginative lyrics have an honest truth about them, making you feel like you were meant to hear her story.

Stephanie was lucky enough to have been accepted to study at Griffith University‚Äôs Conservatorium, where she literally lives and breathes music.

With her upcoming EP, due to be released at the beginning of this year (that means nowish woo hoo), Miss Pickett will be extending herself to a greater audience by the end of this year, bringing her music to Brisbane folk and later on to Melbourne. Get at small taste here... http://www.triplejunearthed.com/StephaniePickett

Describing themselves as the band currently seperated, who knows that might turn up at WETM. Maybe even the Oasis boys will be there. The truth is though, we know we are in for something special when there is this kind of tension in the air. Come to WETM this Saturday to see the band altogether for a show. Otherwise, head to their facebook for an even more curious description, than this...